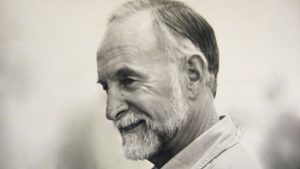 Royal Robbins, legendary rock climber, world-renowned for his many first ascents for big-wall climbing, and successful businessman, died at age 82 on March 14, 2017. Robbins was one of the pioneers that preached climbers should respect the natural contours of the rock and developed many modern free- and aid-climbing techniques and standards.

Royal Robbins made the first free ascent of Open Book in Tahquitz, California back in 1952. Five years later he completed the first ascent of the Northwest Face of Half Dome over five days along with Jerry Galwas and Mike Sherrick. Yosemite became Robbins’ playground in big-wall climbing over the next 13 years where he made first ascents on El Capitan, Salathe Wall, North Wall of Sentinel Rock, Direct Northwest Face Half Dome, the first new route using only chocks and natural runners, and the first solo ascent of El Capitan.

Royal had an ongoing rivalry with Warren Harding regarding the climbs in Yosemite for years. Unlike Robbins, Harding was more than willing to use artificial aids on his climbs. Their rivalry came to head when Robbins did the second ascent of Harding’s Wall of the Early Morning Light route, and while hanging in bolts and bat-hook holes that Harding and Dean Caldwell had set, Robbins proceeded to cut off the hangers wanting to restore the rock to its pristine state. Later along the climb with Don Lauria, Royal realized the climb was actually harder than it looked and respected it by not cutting anymore bolts, and they were able to complete the second ascent. The story of their contention is depicted in the film “Valley Uprising”.

During Royal’s Yosemite big-wall climbing craze, he met his sweetheart Liz around a campfire at the famous Camp 4. Liz worked at a restaurant in one of the lodges in Yosemite that actually forbade their workers to interact with the obnoxious riff-raff of climbers. She obviously didn’t heed to those words as a relationship blossomed between the intense blue-eyed climber and the sweet, but outdoorsy Liz. In 1967, Royal and Liz made the first ascent of Nutcracker in the Yosemite Valley and it started a clean climbing revolution. They then started a climbing gear company that eventually became the successful Royal Robbins clothing business.

After developing psoriatic arthritis in 1978, Royal’s major climbing pursuits came to a halt as it prevented him to engage in serious climbing. But his outdoor ventures didn’t stop as he took up adventure kayaking and completed many first descents in challenging rivers from high mountain elevations.

“My father faced challenges in his climbing, his writing, his business, his role as a father and husband, and later in life in his debilitating illness,” Royal’s daughter Tamara Robbins stated. “Through it all, he rose to the occasion, taking the challenges on with grace and humility. For that, he’s my hero.”