Jeff Walker gives us the “Walk” through on his Mossberg 835

When people ask me which shotgun to buy, I readily recommend the Mossberg 835. It’s around 300 bucks, so its on the cheap side but it’s worth every penny. My 835 is easily equivalent to the Remington 870; I’m sure for the most part the guns are the same. I love the durability of my Mossberg. I have put it through the ringer and it doesn’t seem to bother it. I have taken this gun through Salt Creek duck hunts, South Dakota pheasant hunts, chukar hunts, hundreds of clay pigeons, rabbit hunts, and a couple of inadvertent drops. I’ll be taking my shotgun on another South Dakota hunt this November which means more plant life and weather to test it’s endurance. My gun has been through all the different climates in the years I’ve owned it. South Dakota can be rough and always promises to bring all types of weather during the week we are there. Last year brought epic snow and freezing temperatures unseen by us at that level. The cat tails and other plants put our clothes and guns through quite the abuse as well.

I’ve used my gun for years and I don’t clean the gun as often as I should. This does not seem to bother the gun and it has shot true since the day I got it. I’m not an avid cleaner of my guns because guns work better with a little dirt in the mechanics and because I don’t want to. 🙂 One of my favorite things about this gun is that it continually works and has for many years. That and my amazing wife surprised me with it for Christmas one year! I also love that my gun will chamber any shell giving me shooting options. When a 2 and 3/4 inch shell won’t work I can load a 3 1/2 shell and take the bird down.

My gun is made with an ugly laminate which is starting to peel, which is my only complaint. My brother in law has the same gun but his was made with wood and he’s still looks good. I will add that my gun has been through more that his because he has replaced his gun with another. I love shooting my 12 gauge shotgun because the recoil is the perfect amount. I think that guns should hurt on some level when you shoot it. Nothing like when I shoot my 50 caliber muzzle loader. I have a 400 grain sabot with 150 grains pushing it forward and it kicks like nothing I have ever shot in my life. We had my father in law shoot it and I thought he was going to cry, and I’m pretty sure that man feels no pain! The fancy shotguns of today send the recoil back into the gun so shooting hurts less, which just doesn’t feel right. We were shooting clay pigeons the other day and we shot a full box of clay pigeons and my shoulder was a faint shade of black and blue; which was to be expected. I also like that my 835 isn’t overly heavy. I don’t use any shoulder straps so I have to carry it all day so I didn’t want it to be too heavy. Overall, I would give the Mossberg 835 a Gription Gear thumbs up. 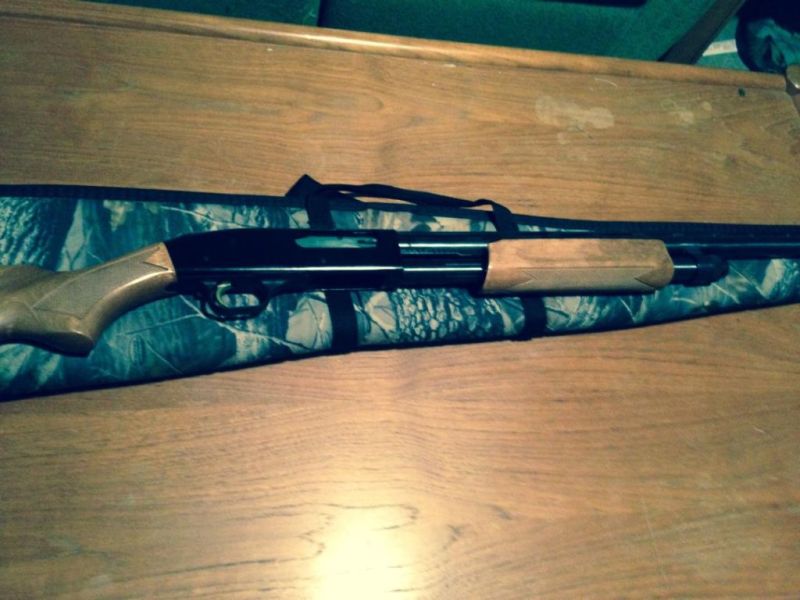